A team at your service in the Principality of Monaco since 2010.

Turn key or customized services for your projects.

Complete formulas adapted to your activity, in equipped offices.

In Monaco get an optimised office tailored to your needs

And a wide choice of tailored services

We offer a solution and value-added services tailored to your business needs. You no longer have to manage business daily, you save time !

We adapt to your needs, offer tailor-made services, we welcome you for short or long periods, you gain in flexibility !

We meet all of your needs by centralizing the skills necessary for the life of your business. You gain in efficiency !

Strategically located, In the heart of the Principality of Monaco, For you, our 3 addresses.

Pedestrian street near Larvotto and Metropole. 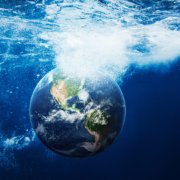 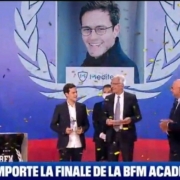 Romain Renard and Arnaud Pourredon, co-founded and co-developed Meditect, a solution for the traceability of medicines to fight their counterfeiting throughout the world. On the occasion of their victory at the 15th edition of the BFM Academy, we look back over the recent life of this start-up with regional origins, which could well revolutionise the pharmaceutical industry.

Deep-rooted links with the Principality

Having studied in the Principality from CP to the baccalaureate at the Institution François d’Assise – Nicolas Barré, Romain Renard, co-founder of Meditect, has kept very close links with Monaco. At the time, Romain Renard was heavily involved in Monegasque associations (Yacht Club, 4L Trophy, sailing team). In addition, the co-founder has been able to maintain business links with his native region. Do not forget that some of the early Business Angels of the start-up came from Monaco ! Proud to see some of the region’s jewels blooming, we warmly congratulate Meditect for its track record since its creation !

The field, an awareness

Following the 2015 earthquake in Nepal, Arnaud Pourredon, who was studying medicine and pharmacy at the time, decided to go on a humanitarian mission with UNICEF to provide aid. It was during this mission to distribute medicines, that during an inventory, the young medical student realised that they were in fact distributing… counterfeit medicines !

A year later, another humanitarian mission in sub-Saharan Africa confirmed his fears : counterfeit medicines are a global scourge, no solution seemed to be available for the moment. On the strength of these humanitarian experiences, Arnaud Pourredon returns to France, convinced that it was high time to act.

A strong friendship, an innovative idea

In 2017, Arnaud contacts a childhood friend : Romain Renard. The latter, who grew up in Beaulieu-Sur-Mer and did his early schooling in Monaco, is graduate of the Master in Finance & Strategy from Sciences-Po Paris. Both of them were motivated by the cause of global health and are thinking about creating a new solution to fight against the falsification of medicines around the world.

After a conclusive feasibility study in Sub-Saharan Africa, the project is launched. From the outset, the co-founders wanted to develop “a scalable, simple, fast, effective and less expensive solution”, expressed Arnaud Pourredon during his TEDxAbidjan last January. To go faster and stronger, the two partners will therefore use technology, through an application designed as a solution.

So it is in Bordeaux, in 2018, that the Meditect project is born, and the ambition is gigantic. The goal : the eradication of counterfeit medicines in the world. According to Arnaud Pourredon, there would be more than “one million deaths per year, due to counterfeit medicines”. This is an international public health issue, particularly important in sub-Saharan Africa, South-East Asia and Latin America.

The application is free of charge for pharmacists and patients, the laboratories pay for the service. First, the application geolocates the patient and indicates the nearest certified pharmacy. Once the product has been chosen, the patient, via his smartphone, can scan the QR code on the medicine’s box, which tells him the authenticity of the medicine.

For the tech part, the use of the blockchain technology to ensure the traceability of medicines is one of the major innovations. Moreover, as the project was born out of an observation in the field, the start-up deploys a reactive team, attentive to the needs of patients and pharmacists.

As soon as it was launched in 2018, the Bordeaux-based start-up became a real craze. Sanofi, PwC, the e-health World Monaco and the famous M.I.T. will reward it with prestigious prizes that year. In 2019, Arnaud Pourredon would even appear in the inevitable Forbes “30 under 30” ranking in the “Science & Healthcare” category. In the same year, Meditect would win Columbia University’s prestigious Blockchain Innovation Challenge. In 2019, after numerous participations in international trade fairs, Meditect will received the support of the New Aquitaine Region and BPI France to accelerate its research work, which had been very present alongside the two creators since the beginning of the project.

After a first round of early stage financing with Business Angels, BPI New-Aquitaine and the New-Aquitaine Region in 2019, the Bordeaux start-up would complete its first institutional fund raising in May 2020. 1.5 million euros have been raised from LBO France through its Digital Health 2 fund (Sources: Meditect).

Today, Meditect has 20 employees working between France (Bordeaux and Paris) and the Ivory Coast (Abidjan), where Arnaud Pourredon works full-time. In a few figures, Meditect has more than 1,000 partner pharmacies, 3 million secure medicines and optimised distribution in 50% of pharmacies in the Ivory Coast. With $200 billion in deadweight losses for the pharmaceutical industry, everything still remains to be done in this battle for health. Thanks to their victory of the BFM Academy, the national start-up competition, Meditect won 150,000 euros of advertising space on the channel, and above all a big boost for their notoriety !

The start-up continues its rapid development, even if Romain Renard likes to keep his feet on the ground. On Tuesday, October 13, on the set of BFM Business, he assured that they had to take “everything in its time, we are already very happy with what we have accomplished in a very short time in Ivory Coast”. After this first success in Ivory Coast, the business model seems to have proved its worth for further development.

And even if the start-up has only one major customer for the moment (the pharmaceutical laboratory UPSA), the ambition remains intact : the eradication of counterfeit medicines in the world. Speed of execution and the company’s development are therefore at the heart of the project’s issues ; such is the magnitude of the task.

With plans to expand into Senegal and Cameroon in early 2021, Meditect is stepping up its development strategy in sub-Saharan Africa. The fight cannot be fought alone, but strong action on the part of political decision-makers is also expected. The adventure continues, and it is Meditect, the young flagship of French Tech, which seems to be the best ambassador of the fight to protect world health. 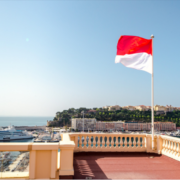 We are proud to announce that your AAACS business center has been awarded the “Monaco Safe” label this week. This label attests to the efficiency of the protection work of the Park Palace center, with a reinforced upgrading of the sanitary standards to actively fight against the spread of the virus. Rest assured, the entire team is mobilized to ensure the best possible health protection. 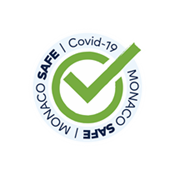 This label attests to several key measures implemented, including :

State authorities, residents, businesses : we all have our role to play in this epidemic fight. As mentioned in the blog previously, we are convinced that the Principality of Monaco will be able to bounce back. So all together, let’s maintain our efforts, the finish line is not far away! We remain at the disposal of all to explain our approach, do not forget to keep up to date with the latest updates from the Government of Monaco.

This website uses cookies to improve your experience while you navigate through the website. Out of these, the cookies that are categorized as necessary are stored on your browser as they are essential for the working of basic functionalities of the website. We also use third-party cookies that help us analyze and understand how you use this website. These cookies will be stored in your browser only with your consent. You also have the option to opt-out of these cookies. But opting out of some of these cookies may affect your browsing experience.
Necessary Always Enabled
Necessary cookies are absolutely essential for the website to function properly. This category only includes cookies that ensures basic functionalities and security features of the website. These cookies do not store any personal information.
Non-necessary
Any cookies that may not be particularly necessary for the website to function and is used specifically to collect user personal data via analytics, ads, other embedded contents are termed as non-necessary cookies. It is mandatory to procure user consent prior to running these cookies on your website.
SAVE & ACCEPT